Vine growing and wine making in Penedès really took off in the 4th century BC, as the region was one of the cardinal points on the compass of Mediterranean wine culture. The Vía Augusta, which went through Penedès from the Puente del Diablo (Devil’s Bridge) to Arca de Berà, was the central hub for selling wine.

Penedès’ prime geographical location meant that this would be highly productive land and its reputation grew over time as regards both white and red wine production. Even though the red wines were more sought after than the whites, as was the case throughout the Mediterranean, they say that the white wines constituted the best offering to Bacchus.

Quality wines continued to be produced until the Middle Ages, when the Islamic invasion did vine growing in certain areas of Penedès no favours at all. The period of Muslim domination was not very long however and vines continued to be planted in the region throughout that time.

In any event one factor that definitely helped the vineyards to survive was the need for there to be wine available to enable the Eucharist to be celebrated by all, from the poorest parishes to the richest monasteries (basically Cistercian and Benedictine Orders).

The Regulatory Council for the Denomination of Origin was founded in 1960. Viticulture was beginning to be a very significant economic force in Penedès and a number of companies were being set up that were making and bottling their wines on their properties and were starting to sell them. This is what prompted the creation of the Penedès Denomination of Origin.

The Regulatory Council currently has five thousand seven hundred grape growers on its register, two hundred and seventy wineries and one hundred and forty eight companies dedicated to ageing and exporting wine. Annual production overall averages between one and a half and two million hectolitres of wine.

The Penedès DO is noted for its excellent white wines, which are fresh, fruity and have a modest alcohol content, whilst the reds are smooth, velvety textured and full of character. The rosés are fragrant and fruity too. The vinos de aguja (wine with carbon dioxide bubbles produced by the wine’s own fermentation) with their intense, long-lasting aromas are also noteworthy. This Denomination of Origin’s ‘flagship’ grape variety, the Xarel.lo, stands out from amongst the 18 permitted varieties and is the brand’s insignia.

It should be mentioned that as well as the traditional Penedès grape varieties there is a series of varieties that wine growers and winemakers have introduced in recent years as a result of experiments, ongoing innovation, taking note of what today’s palates are looking for and of embarking upon a process of retrieving varieties that had been lost.

The varieties that the D.O. accepts today are 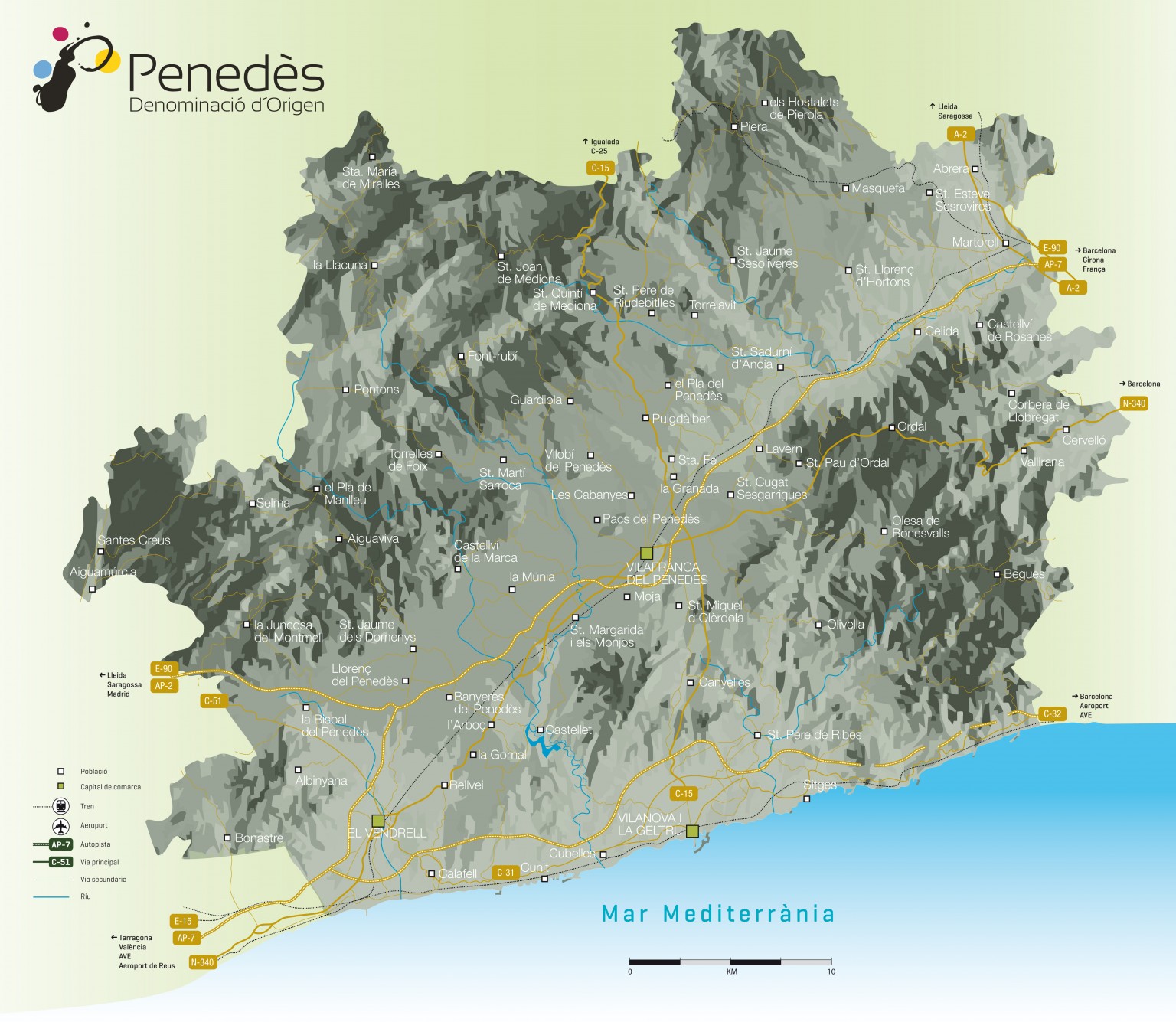